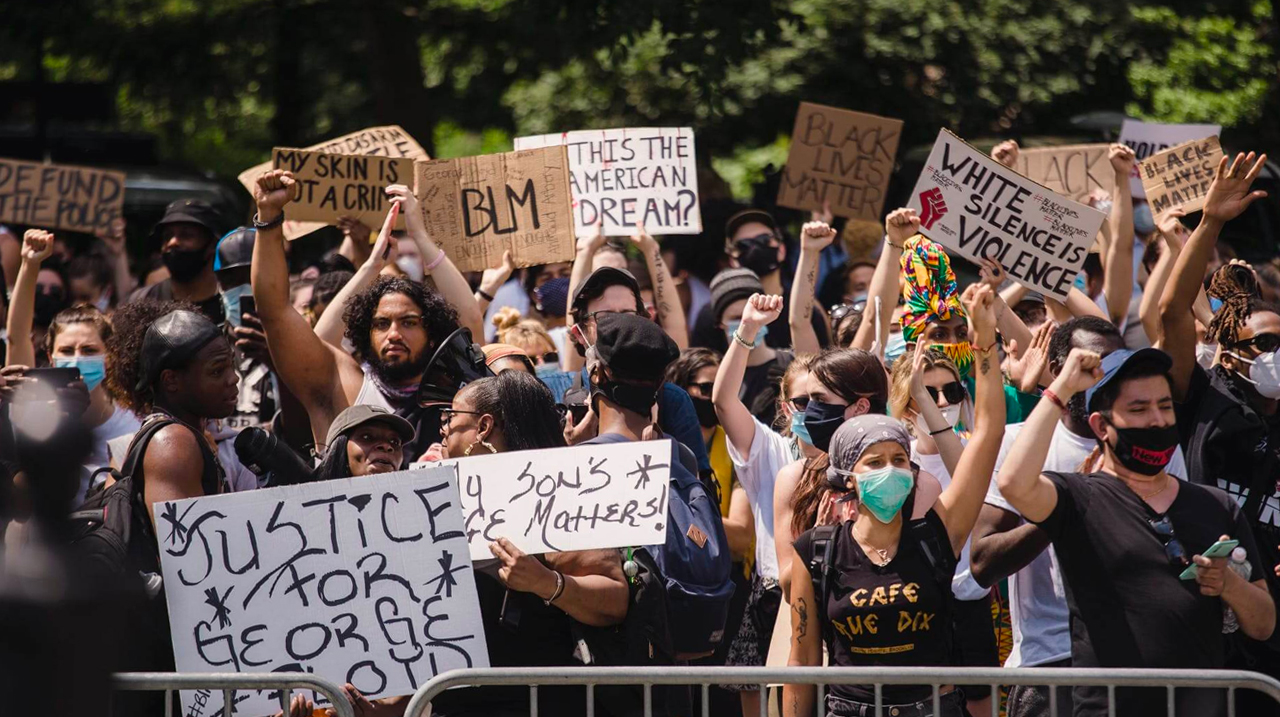 One doesn’t have to look very hard to see headlines about racism and the race-relations battle splashed across the news. The latest wave of conflict was triggered on May 25th in Minneapolis when American, George Floyd, was accused of making a purchase with a fake $20 bill and died under the knee of an arresting police officer.

The day after Floyd’s death – and when a live video of taken by an onlooker was released on social media – outcries spread like wildfire across all of social media. On Twitter alone, the #BlackLivesMatter hashtag was used in roughly 218,000 tweets. From here, protests and riots dominated the streets of Minneapolis, spreading across the country and all around the world. On May 28, nearly 8.8 million tweets included the #BlackLivesMatter hashtag.

And the death of George Floyd is just one of the stories that made it to mainstream media. There are the likes of Ahmaud Arbery, Tony McDade, Breonna Taylor, Rayshard Brooks – more victims of police killings that never made headlines.

These public declarations against racism have succeeded in putting racial issues at the forefront of US current political agenda – such as the defunding of police departments and shifting money to invest in communities, where pressing issues like housing, economic equality and health discrepancy need to be addressed.

Racism is not just an American issue. It’s a global issue whose impact can be felt across the globe. Protests have amassed in England, France, Belgium, Germany, the Netherlands and Australia. In Brazil, a country that shares the United States’ legacy of deep-rooted racism and anti-black violence, protests have flourished across the country.

Every single day, new issues, evolving outcries and more marginalized groups come to light. Millions are expressing their concerns online and across social media at an alarming rate. Social feedback is flooding channels in such large numbers and at such a high frequency, how are governments, institutions and policy-makers to keep up?

It’s during times like these that Citibeats steps up to provide a solution and help makes sense of the messy collection of public sentiments – where, in fact, insightful gems can be found. By using machine learning and AI text analytics, Citibeats’ technology is able to cut through the social media clutter and extract relevant and focused information – in real time.

Every single day, new issues, evolving outcries and more marginalized groups come to light. Millions are expressing their concerns online and across social media at an alarming rate.

From here, the Citibeats algorithm can sort the information into the different categories and compare what’s being talked about – and how – in different regions. This not only guides policy to address the most important social needs but helps focus the effort by region. While one locale may seek urgent change in police department reform, another may express priority for housing aid.

This is precisely how Citibeats helped the government of Navarra, a region of Spain populated by 650,000 people, in their efforts to stop hate speech.

Their goal was to push better hate-speech policy by quantifying hate speech through access to actionable data. In collaboration with local grass-root organizations, Navarra was promoting peaceful intercultural co-existence and racial tolerance. By using Citibeats’ technology, they were able to develop educational programs and align efforts to match what the citizens themselves identified as the most immediate issues to address. Thanks to the speed and efficiency of AI, they were able to do this much cheaper and quicker than by using other means.

As the speed and volatility of racism only continue to increase – and to spread worldwide – our societies need a social listening system that can keep pace and help decision-makers make sense of the chaos. Now, more than ever, global citizens need the use of efficient and ethical means to have their voices be heard.

Black lives matter. People matter. And so do their voices – all of them.

Out of the Loop: How Disconnected Leaders Fail to Predict Major Events