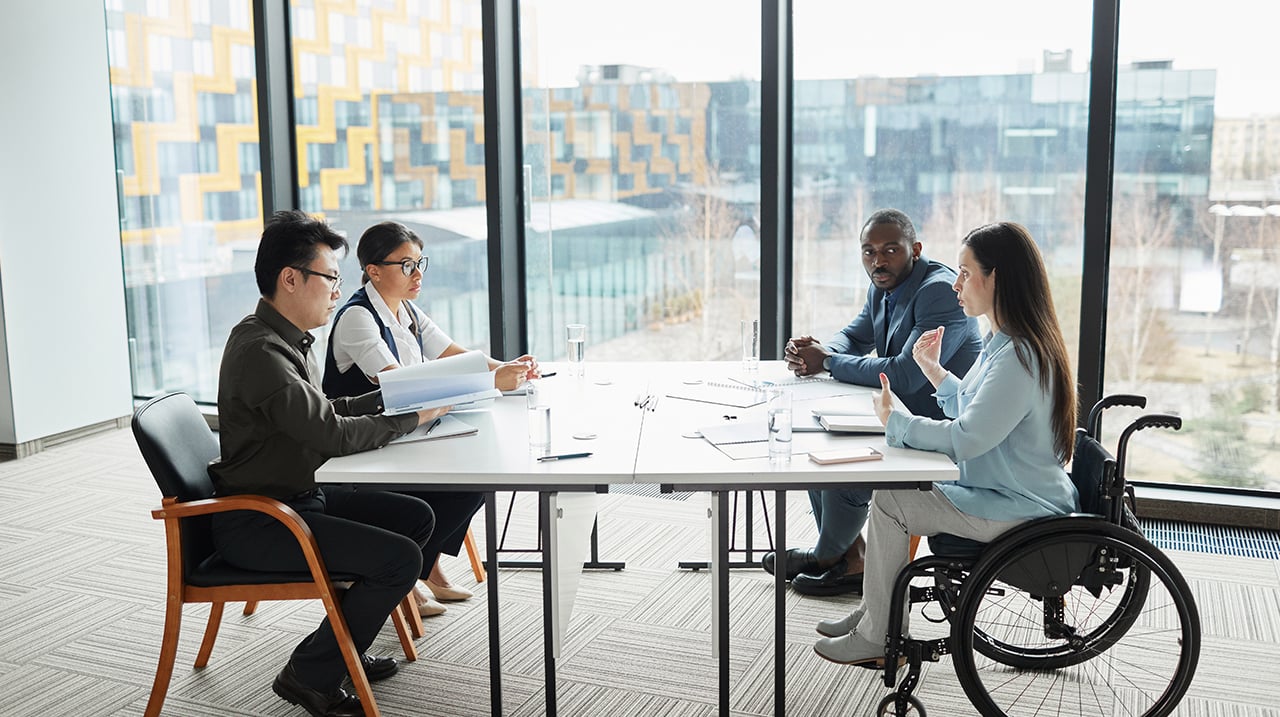 Xenophobia is a feeling of intense hatred, fear, or discrimination of people from other countries, categorized by an attitude of hostility toward perceived non-natives in a population.

This harmful worldview significantly contributes to modern racism and breeds hate speech, crimes, and prejudice, among other bigoted acts, according to the Durban Declaration and Programme of Action—a United Nations blueprint to combat xenophobia, racism, discrimination, and related intolerance worldwide.

While racism is an ideology that a certain race or ethnic group is in a position of power over another, xenophobia rejects or villainizes what one considers an outsider or foreigner, as cited in the UN Office of the High Commissioner for Human Rights (OHCHR)’s report “International Migration, Racism, Discrimination and Xenophobia.”

Although migrant-targeted abuse and hostility has been especially prevalent in the last several years, xenophobia and hate speech have increased significantly since the coronavirus pandemic, as some have scapegoated foreign peoples or vulnerable populations for its spread, according to an analysis from the International Organization for Migration (IOM), a UN agency providing services and advice to governments concerning migrants.

As this human rights issue continues to unfairly victimize migrant populations, it is essential to recognize xenophobia and hate speech in real time and combat them with education to affect sustainable systemic changes.

The State of Migration Today

It is more common now than ever for someone to be considered a “migrant,” an umbrella term referring to a person who moves from their homeland—either temporarily or permanently—for any number of reasons.

About 150 million people (2.5% of the world’s population) live somewhere other than their native country, and one in every 50 people is a migrant worker, refugee, asylum seeker, or immigrant living in a foreign country, states the aforementioned OHCHR report.

By the year 2050, the total number of international migrants is projected to approach 250 million, according to the IOM, attributed to factors such as war, epidemics, drought, famine, and inequality between rich and poor countries.

Though some might move for economic reasons, work, family, or recreation, many people (known as refugees) are forced to migrate to escape conflict, persecution, terrorism, human rights violations, or climate disasters, according to a UN explainer. In 2019, the global number of forcibly displaced people was 79.5 million, states research conducted by the UN High Commissioner for Refugees (UNHCR).

Xenophobia is a feeling of intense hatred, fear, or discrimination of people from other countries, categorized by an attitude of hostility toward perceived non-natives in a population.

Migrants and refugees have faced tremendous obstacles in recent years, either leaving their homes for economic reasons or fleeing war-torn areas.

In response to Russia’s invasion of Ukraine, more than one million Ukrainians have fled since the start of the war. If violence continues, Stéphane Dujarric, UN spokesperson for the Secretary-General, expects more than 10 million people to leave the besieged country.

World leaders have largely responded to the refugee crisis by opening borders and allowing safe travel across the European continent and elsewhere. The United Kingdom, for example, has temporarily waived visa requirements, and the United States has enacted Temporary Protected Status to shield Ukrainians from deportation.

However, there have been reports of xenophobic treatment of Black Africans, Indian nationals, Pakistani nationals, people of Middle Eastern descent looking for safety, according to a statement from UN Special Rapporteur Tendayi Achiume.

“The reality is that non-white migrants and refugees face deadly discrimination all over the world as they attempt to cross international borders,” Achiume’s statement reads. “The images and testimonies from non-white people attempting to flee Ukraine attest to this fact, and they should motivate immediate action to ensure that racist and xenophobic treatment—whether official or unofficial—is brought to an end.”

The global reaction to the war in Ukraine demonstrates that countries can implement an empathetic migrant and refugee response, which allows safe passage and provides people with critical resources and surfaces. It also underscores how xenophobic rhetoric and actions can arise during times of conflict, leading to discrimination of people from different backgrounds.

Times of global crises such as the coronavirus pandemic have unearthed, magnified, and exacerbated harmful narratives and hate speech toward migrant populations, creating “generalized fears and worries that have fed off an existing culture of distrust and discrimination,” according to an IOM brief titled “Countering Xenophobia and Stigma to Foster Social Cohesion in the COVID-19 Response and Recovery.”

Whether proliferated through targeted online content, petitions, derogatory comments, or threats against migrants, hate speech also manifests into violence, it continues, such as:

Similarly, other periods of health crises have bred discrimination of those perceived as most vulnerable or primary targets, such as European immigrants during the yellow fever epidemic in 1853, Asians amid the 2003 SARS outbreak, and Africans throughout 2014’s Ebola outbreak, according to the article “The Other Problematic Outbreak” by The Atlantic.

It quotes World Health Organization (WHO) Director-General Tedros Adhanom Ghebreyesus explaining: “Stigma, to be honest, is more dangerous than the virus itself.”

While a risk to public health and lives, xenophobic hate speech and violence are chronically underreported, often due to migrants’ fears of retaliation or overall distrust of the justice system.

Not only is it vital to criminalize hate speech and hold perpetrators accountable, but world organizations must also take preventative action through education to combat xenophobia, stresses the aforementioned IOM brief.

The UN’s Global Education First Initiative notes: “It is not enough for education to produce individuals who can read, write and count. Education must fully assume its central role in helping people to forge more just, peaceful, tolerant and inclusive societies.”

This is exactly what Navarra, a Spanish region with a population of around 650,000, is seeking to do: promote peaceful intercultural coexistence through hate speech identification and education.

By using Citibeats as a “cyber watchdog,” the government of Navarra plans to use these insights to shape and guide local efforts, educational programs, and awareness days to mitigate hate speech in real time.

Understanding the root causes of xenophobia and hate speech is crucial, as it often has deep origins in one’s upbringing, background, previous experiences, fear, or misconceptions, it continues.

The universal, indivisible, and inalienable truth of human rights must be cemented in societies. Civil rights cannot be separated from social and cultural rights, and humans cannot be denied their basic rights, according to the United Nations.

Society’s hope for lasting change lies in empowering people to assume active roles in nurturing respect for all, GCED continues, as well as building a sense of belonging to common humanity, and becoming responsible, active global citizens.

During a time of exacerbated prejudice, it is imperative communities do everything in their power to proactively reduce and prevent instances of xenophobia and hate speech toward migrants.

Our customer solutions also focus on some of today’s most pressing issues, such as gender violence, sustainability, and vaccines. Schedule a demo today to discuss how Citibeats can inform your decisions with up-to-date information. 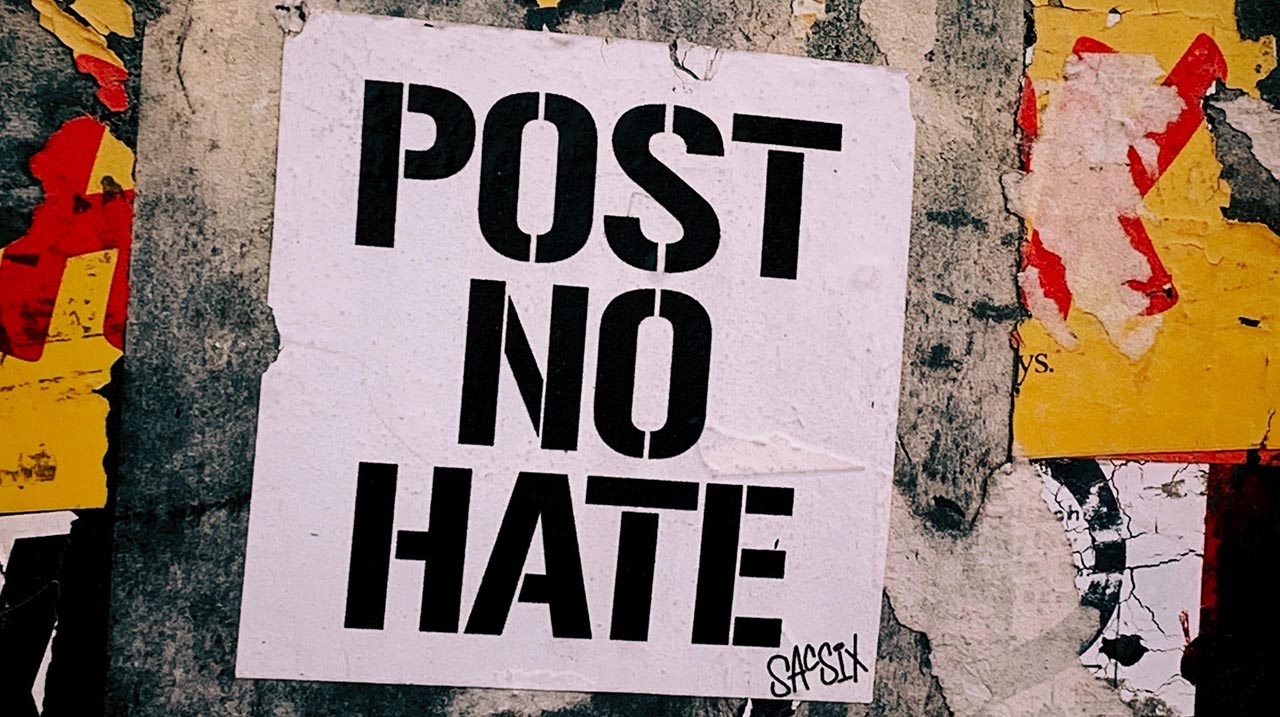 Hate speech and other social issues don’t easily translate into hard numbers. But without data, it’s extremely difficult for institutions to develop programs and gain...

The History of AI: An Innovation From the Fourth Century B.C.

In recent years, artificial intelligence and machine learning are increasingly prevalent. But the concept of AI began more than...